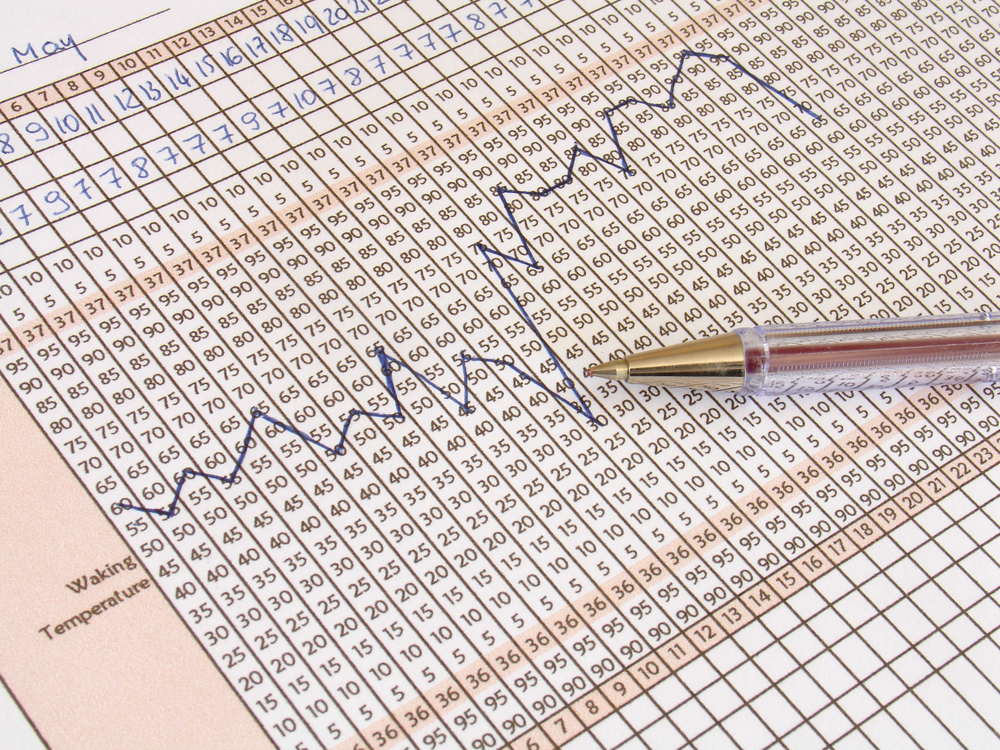 What if I told you there’s science-backed method to reliably prevent pregnancy- without being on the pill? Also-using this method you can predict the exact day you’ll get your period- two weeks out? Yes indeed, no more mid-meeting surprises or ruined white pants! It’s technically called FAM, or Fertility Awareness Method, but is more commonly referred to as BBT (Basal Body Temperature) Charting. It’s incredibly easy and takes no more time than popping a birth control pill every day. Here are the details:

What Is BBT Charting?

During sleep, everyone’s temperature shifts to a little lower than 98.6 degrees Farenheit. This lower temperature is referred to as your Basal Body Temperature. You can accurately measure it by taking your temperature via oral thermometer right when you wake up, after at least 3 consecutive hours of sleep. The general idea is that before ovulation, a woman’s BBT is lower than after ovulation (the extra progesterone in your body that is released after ovulation causes the temperature to rise). On average, a woman’s pre-ovulation BBT is 97.0 – 97.8 degrees Farenheit, and post-ovulation it jumps to approximately 98.0-98.5 degrees.  So, the last day of low temps is the day that you ovulated. The pre-ovulatory phase is called the Follicular Phase, and post-ovulation is called the Luteal Phase.

Why Do I Need To Know My BBT Patten?

Keeping a BBT chart is useful as a method of birth control, a method of achieving pregnancy, and a method of simply getting to know your body better! Just by looking at which day your temperature spike happened, you can tell when you ovulated, which days you could potentially become pregnant, and which day you’ll get your period. BBT charting also involves keeping track of other “optional” fertility signs such as cervical fluid, cervical position, and any other symptoms such as breast tenderness, ovulation pain, headaches or PMS symptoms. You can put all of these signs and symptoms together to predict ovulation (for some women), confirm ovulation, and predict which day you’ll get your period (no more surprises or ruined underwear!).

I have a patient who complained of occasional headaches and breast tenderness. She couldn’t really pinpoint a cause or triggering event. However once she began charting her BBT’s and associated symptoms, she realized that the headaches were occurring at ovulation and the breast tenderness happened for about a week before her period each month. It’s really eye-opening to make these connections!

If your cycles are a bit irregular, you can say goodbye to the days of having no idea when your period will come. As soon as you confirm ovulation with a temperature spike, you can predict which day you will get your period. How? Even if you ovulate on a different day every month, the Luteal phase length is generally the same from month to month. The “textbook” Luteal Phase is 14 days, but it varies from woman to woman (10-15 days on average).

This method can’t technically be used to predict ovulation the same way an ovulation predictor kit can, but for some women with regular cycles and obvious changes in cervical fluid and position, over a few months you can get to know your body well enough that you can tell you are about to ovulate. Then, using the temperatures, you can confirm ovulation when the temp jumps at least 0.5 degrees and stays elevated for 3 days. So, you can avoid using expensive OPK’s (Ovulation Predictor Kits) altogether! If your cycles are very long or irregular and your cervical fluid doesn’t change much leading up to ovulation, it’s best to use OPK’s together with BBT’s.

How Do I Get Started?

The only thing you need is a basic digital thermometer*. Next decide if you’d like to keep track of things via an app or a paper chart. There are many good apps out there, but I really recommend using a paper chart just for the first month or two if you are new to BBT charting. Most apps out there will try to predict your ovulation date or tell you when you ovulated based on your temperatures, but I’ve found they are often wrong and confusing. Using a paper chart and doing it on your own until you get the hang of things is a better option, in my opinion.

Books: Taking Charge Of Your Fertility by Toni Weschler is the oldest and most respected book on this topic. I feel every woman should own a copy!

*As a side note, there is a bit of debate on how many decimal places to use when charting and what type of thermometer to use. I am firmly in the camp of using only one tenth degree (one decimal place, for example,  97.5 as opposed to 97.56 degrees). This is because you’re looking at the big picture- instead of the day to day changes, it’s best to focus on pre-ovulation and post-ovulation. I find patients get lost in the unimportant daily shifts if they use too many decimal places.